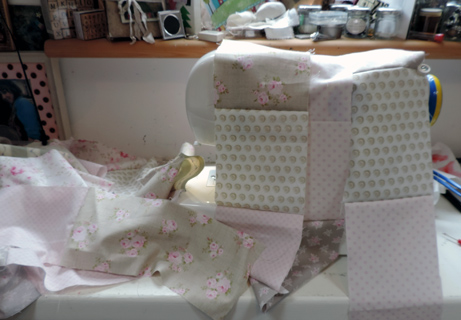 ‘Super easy quilt making’ is probably the wrong title for this post.

It should actually read, ‘ Make it up as you go ‘.

This morning I was doing my favourite Sunday morning activity. That would be drinking coffee in my p.j’s whilst browsing Pinterest – when I came across this:

I love fabric, I love making things but i’m not very precise with them. My seams don’t line up and my sewing is only straight-ish. So I clicked into the post, read it all (it is a really good read) and decided that I would make a start on a quilt.

At the knit & Stitch show 2015 (yes, it was that long ago) I got some gorgeous Tilda fabric from The Crafty Fox stand.

Then last year I bought some pale pink velvet to make a backing for said fabric.

The tutorial said that she had used fabric of all sizes. Since I had bought fat quarters I thought i’d cut them a little more evenly to get the best layout from them.

First of all I ironed them (being folded for a year and a half really sets those creases!) Then marked them every 4 1/2 inches and drew a pencil line.

I do have a rotary cutter but I just can’t get along with it, so I used scissors.

Once I had cut up all five fat quarters into the 4 1/2″ strips, I cut those strips into random sized pieces. I cut some lengths into two sections and some into four or five. There was some pretty fabric with buttons on it in my stash so I added a little of that as well as a few pieces of the darker green stripe (top left in the picture).

I had bought a full metre of the green stripe so I thought I’d use that for the binding. It’s a bit of a contrast to the main colours but by adding a few little bits into the quilt top it will all blend in. Remember the ‘make it up as you go ‘ theme? yep, that’s where the binding that doesn’t match came from.

To make the top I just sewed pieces from each pile together in a long strip. There was no pattern to it, just randomly choosing a piece and sewing to the last. It didn’t take very long  – in no time at all I had this: 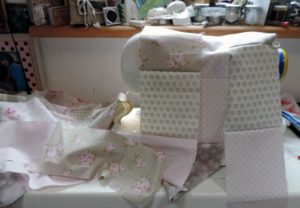 That’s a long strip of fabric!

Five fat quarters cut into 4 1/2 inch strips (with a little of the two other fabrics thrown in) came to an amazing 40 foot long strip!

Next I decided how wide I wanted my quilt to be (you can see how well I thought this out before I started can’t you?) which was 36 inches. By the time I had cut up the whole thing I had thirteen strips. The last one was slightly short so I just added an extra piece of button fabric.

You can see how the order you sew them together in doesn’t really matter. The different sized blocks make it less precise and you can move the strips around until you like the layout. Of course, then it all has to sewn together, but that is really easy especially if you’re not too precious about sewing straight.  I do try, I line up my edges and keep the sewing machine foot on the edge but the straight line just alludes me. Real quilters are amazing, they make it look so easy!

(I should have ironed this before I took the photo……)

It took two and a half hours to go from Pinterest to having the quilt top sewn together, much faster then piecing squares! I have to get wadding tomorrow (if you live in a place where there is a fabric shop nearby that is open seven days a week then you are a very lucky person!) and then decide how to quilt the layers together. I would love to try some free motion quilting but i’m not brave enough yet.

Tune in next week to see if I’ve made any progress…… hopefully I will have a finished quilt to show off! 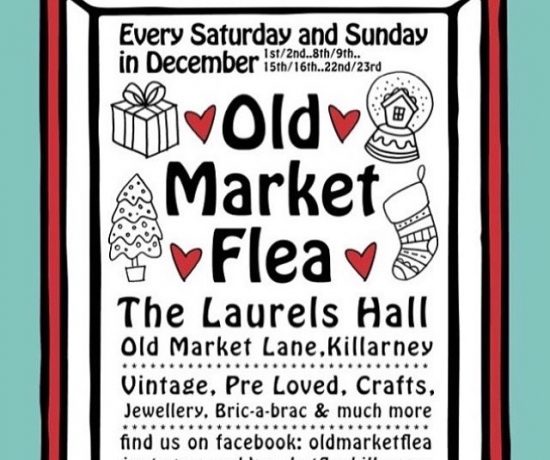 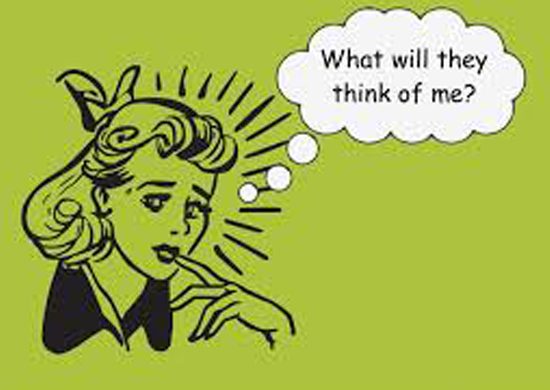 The Joys of getting Older. 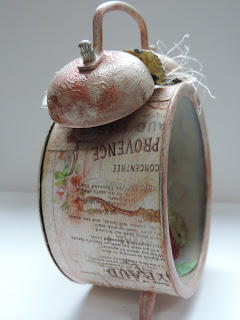 Thank you @mariamoynihan and @irishcountryliving.
Link in bio if you want a little nosey 😍
📷 @nadasimonne.creative ...

The Polly Sisters are heading off to a new home today.
Their characters are very different, one is quiet and shy, the other is wild but together they are their own little gang. ❤❤❤
Xxxx ...

Her sentiment ( borrowed from the Coldplay song) says, "Look how they shine for you"

She is also available as a limited edition print and a greetings card.
Click the image to be taken to the shop, or there is a link in the bio.

I was looking through my grid and it occurred to me that all the new people (Hello new people, you are very welcome 😘) wouldn't actually know what I paint .......
Between book related posts and Christmas fairs it's been a while since I posted a Polly Dolly.

Around her painting in tiny letters it says, " Dream your biggest dream every day and one day it will be real"

Mabel is available as a limited edition print (framed or unframed) and as a greetings card. Click the image to be taken to.my shop.

This weekend you can find me ar Randles Hotel, Killarney for their inaugural Christmas gift fair.
Come along and get some beautiful handmade gifts from the great selection of makers....
There will be mulled wine too! 🎄
@randleshotel #christmasinkillarney #lastfairbeforechristmas #handmade ...